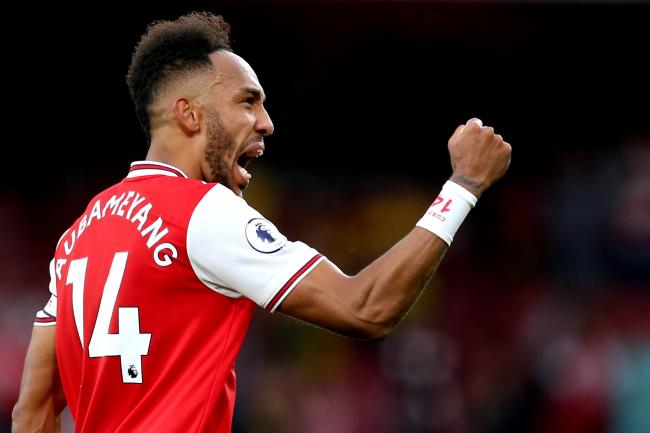 Instead of your brain juggling your teams impending fixtures, injury worries, potential changes in your fantasy team and league placements all residing in a cortex of your grey matter, there is now more room to ponder other things……

In the absence of that leather ball bobbling around on that lush carpet we call The Emirates pitch, we have been privy to the usual mix of player rumour – especially circulating around our star striker and perennial goal machine – Pierre-Emerick Aubameyang.

The Gabon man is in contention to win the Golden Boot again after securing it last season. What puts that into perspective is that Auba has done this while for at least half of our season, the Good Ship Arsenal has plotted a course for mid-table ignominy.

Our number 14 has acted as a one-man lifeboat, keeping our precious cargo and personnel above the plunging depths. He has continued to terrify goalkeepers no matter what mess has been going on behind him. He has performed wonders – and we have recognised this.

Our club has been attempting to lasso the striker into extending his stay with Arsenal as his contract winds down. Currently in his peak years, Auba is now approaching what will be the biggest decision of his footballing career.

Of course, the media have taken it upon themselves to write the alphabetical equivalent of smoke and mirrors surrounding Auba’s future at the club – and one story has certainly captured everyone’s currently free imagination.

The rumour surrounds Real Madrid, their unwanted striker Luka Jovic – and a large wad of money.

That’s right, the transfer rumour is that those at the Bernabeu want to lure Auba to La Liga, and will tempt Arsenal with a cash plus Jovic bid.

The question is – would you take it?

Everyone knows that the hardest thing to buy in football is goals. With Auba putting up more than his fair share of goals for the team, selling him and his numbers would almost certainly weaken our team.

We currently have Alexandre Lacazette, Gabriel Martinelli and Eddie Nketiah to make up the goals – but Lacazette aside, neither of the young strikers have proved week in, week out that they can make the difference in front of goal. How efficient will they be?

Lacazette has also changed his role somewhat since arriving at Arsenal. He still prowls centrally, but he is dropping deeper as his part in attacks is intrinsic to our moves. That has affected his goal return almost as much as poor form this season.

Then there is the Luka Jovic part of the equation. Jovic was a sensation in the Bundesliga – a competition far more similar to the rigours of the Premier League than La Liga ever has been. Rotation and reported poor discipline has seen Jovic play an ever-increasingly remote part of things at Madrid, but does his pedigree convert to success in the Premier League?

In short, can he be the man that replaces the certainty of Auba’s goals?

Maybe not, but throw in £50m and the search becomes a little easier.

There are other variables to take into consideration. Auba’s age means he has two, maybe three years maximum that we will have the PREMIUM version of the striker. Make no mistake, as he hits 33, 34, he will still bang in the goals, but he won’t be AS prolific, he won’t be able to beat as many defenders with his pace as he runs into the box, he won’t be AS lethal as the man we have now.

So, do we stick or twist?

Can we improve the team more with the money and Jovic?

Or do we stay where we are, potentially risk losing what is a huge asset on a free, but still feed off his goals while he does stay?

Good thing we have time to mull it over…