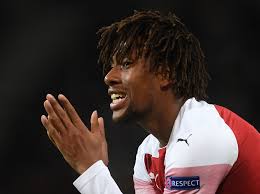 Our very own ‘Nutmeg Prince’ has been a first team fixture since 2015, but speak to some and his name will be one of the first names on the departure list this summer.

Our very own Academy product has failed to grow his contributions since Arsene Wenger stated in his last season that the Nigerian’s final product was the one thing that needed to improve. Wenger mentioned that the attacker had everything else in his locker, but the most decisive part was still the one weapon Iwobi really needed to hone.

And the stats don’t lie.

Of course, numbers don’t always give true perspective on a player. They offer a certain viewpoint and shine light on certain facets of a player, but like holding a gemstone to the light, you won’t see every part until you look at it from all angles.

The same applies to Alex Iwobi.

The Nigerian scored three times and claimed six assists in 35 appearances in the Premier League this season. The season before saw the same amount of goals and one assist less.

Now this plateauing of numbers could be attributed to a new coach, new system, new tactics, training etc. It will at least have a contributing effect, but another variable is that Iwobi still hasn’t drastically improved his final ball – or final decision.

It is abundantly clear that Iwobi has the touch and the tell-tale attributes that comprise the makeup of a great attacker. At times we have seen him produce slide rule passes and touches that bewitch his opposing number.

We have also seen him make the wrong decision time and time again.

The good thing is, this can be taught. Remember that Iwobi is still nowhere near his peak and so is still developing.

The saving grace for Iwobi too, is that we have no one in the squad that adds what he does.

His particular skillset is based on confrontation with opposing fullbacks and producing opportunities either through a pass or creating them for himself. He goes past players like they are mere apparitions at times, and he does it better than anyone in the team, like it or not.

So he has a place as he can change games. He seems ideally suited to an impact sub role at the moment, but he isn’t far away from unlocking his true potential. The problem is patience.

It seems like Iwobi has been on the scene for some time, but this was only his third full season in the first team. Yes, he should have a better final ball right now, but there aren’t many his age – Hudson-Odoi is an exception – that bring to the table what he does.

Iwobi is on the precipice right now. His natural ambition will be to want more than to be a squad player at Arsenal – but that is where he is right now. He has the key to unlocking so much more in his locker, but he must listen to those that know better. The extensive array of backroom staff, his teammates who have gleaned worldwide experience. If he can learn from others then there is hope of seeing Iwobi push on.

Next season sees a fresh challenge for Iwobi. With Reiss Nelson, Jo Willock and Emile Smith-Rowe coming back into the fold, he has more competition for his spot. It is clear that he will have to not only do more than what he has done this season, but also he has to act as a big brother to those younger than him. That is the essence of a team, and Iwobi has a role to play.

The Nigerian has the world at his feet, but the next step is the most precarious. Fingers crossed we see the new and improved Iwobi next season.