A week after our 4-0 victory over Swansea City at the Liberty Stadium, Arsenal return home to The Emirates to welcome Burnley in the next round of Premier League fixtures. 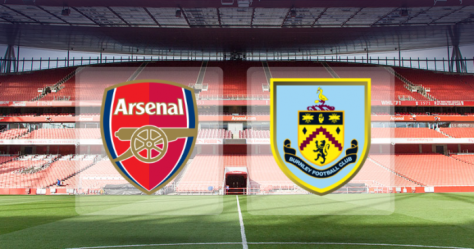 The Gunners currently lie eight points behind top of the table Chelsea, and the deficit transforms every game into a tense, ‘must-win’ game. With tottenham, Liverpool, City and United either looking to sprint away from us or sneak above us, the top six is hotly contested indeed.

Our opponents are perhaps the most contrasting of all sides in the Premier League. The Clarets home form is bettered only by Chelsea and tottenham. Their current position of tenth is maintained pretty much entirely by their home form. Their away form is relegation form – one draw from nine games, and just three goals scored – and it could well drag the Clarets into trouble if not rectified.

We can attest to Turf Moor becoming somewhat of a fortress – our 1-0 win there earlier in the season was acquired by a 95th minute Laurent Koscielny handball! – but thankfully for us all, we should have a more serene ninety minutes this time around.

Arsene Wenger has the bonus of Hector Bellerin, Keiran Gibbs and Francis Coquelin returning to duty, but Bellerin will most likely be the only one from that trio to go straight into the side.

Olivier Giroud has also shaken off the ankle knock he received in our last game and is fit and raring to go. The Frenchman has scored in his last five games and his form could give Burnley a real headache. Giroud is showing his pedigree, and his goals are coming from all avenues; head, left foot, right foot, scorpion tail. Our bearded striker is on fire and it is imperative that this form must be utilised.

Theo Walcott is still suffering from a calf problem, and Mohamed Elneny is still on AFCON duty with Egypt. Per Mertesacker is nearing fitness but still not available, but Santi Cazorla may yet miss the entirety of the season after having a second operation. The Spaniard will be missed but with our wealth of options, it just means that a huge opportunity is there for whoever steps up to the plate.

Sean Dyche has Ashley Barnes back for selection, and with Sam Vokes, Andre Gray,  Jeff Kendrick and Steven Defour, they have threats that need to be quelled. In truth though, Burnley are a team that haven’t won a game in London in the Premier League. They have the worst record for goals scored away from home in the big five leagues in Europe, and they will turn up to our home looking to stifle and contain.

This is excusable, but how difficult will it be for the Clarets to silence not only the in form Giroud, but Alexis Sanchez? The Chilean hasn’t exactly been Mr Sunshine on the pitch of late, but he has scored or set up 21 goals this season, which is more than anyone. If Ozil can recapture some sparkle, and Alex Iwobi can continue to grow as he has done in the last few games, this game could hopefully be another comfortable win for Gooners.

Gravel-gullet Sean Dyche may be buoyed by the fact his team have won three of their last four, and seeing as we are The Arsenal we should always be on our guard against collapsing in extravagant fashion. We should win this game though, and with tottenham playing City today, there will be at least one side around us who will drop points.

We go to Chelsea in two weeks. We need to build confidence in that time, and our points total.