During his playing career at Arsenal, Thierry Henry could do no wrong. Every deft touch from his divine feet was manna from heaven for Gooners, and the mark he left at the club cannot be underestimated.

The next inevitable step for a man cast in bronze outside the stadium is management, and it looked like the first rung on the managerial ladder was attained when Henry accepted a position at London Colney as the Under-18 coach.

His experience, his gravitas, his reputation at the club all melded together to create a potential that looked like it would sweep him to the top when Arsene Wenger finally decided to loosen his grip on the reins.

Instead, a hero without a blemish has left the club – and he is just another in a growing horde that have either been forgotten by Arsenal, or shunned altogether in regards to a place in the coaching staff under Arsene.

Mikel Arteta was another who was considered Wenger’s right hand man on the pitch. A sage head, a respected figure who sacrificed so much to forge a place at the club he adored. Arteta would have been a fine addition to Arsenal’s staff, but instead he took Pep Guardiola up on his gracious offer and is now his compatriots Assistant Manager.

Patrick Vieira is perhaps the finest example of an Arsene Wenger player who is plying his managerial career in the wrong place. Vieira is the archetypal Wenger signing, and is considered the catalyst for Arsene’s early glories. A reliable leader on the pitch, who bled red and white every time he took to the pitch. Surely he was the apprentice that would replace the aging master?

Vieira though, was mystifyingly finding his feet at the club he retired with – Manchester City. Their state of the art training complex was perfect for Vieira, and he stayed at Eastlands, until he was offered the vacant manager’s post at sister club New York City.

He was the perfect fit for the role, and yet Gooners can only lament on what should be when we see him during MLS coverage.

Ray Parlour, when I interviewed him two seasons ago, admitted that he went for a coaching job when he retired, and his application was not considered.

So why have our stalwarts, our heroes, our perfect candidates for replacing Wenger – all found their path elsewhere?

Since Steve Bould replaced Pat Rice as Assistant Manager, the rumours intensified regarding our current Manager’s dislike of contrary opinions. The buzz was – and is – that Wenger prefers a ‘yes man’ next to him, rather than someone who will challenge his beliefs and views.

Steve Bould is known throughout the fanbase as a very vocal man during his playing career, and he formed a part of what is considered the finest defence ever to grace this country. He was never short of an opinion when on the turf, but when on the bench next to Monsieur Wenger, he rarely proffers a word – or it certainly appears so from what we have seen during his four years as right hand man.

Bould’s appointment though, shows Wenger is not averse to hiring his former charges and welcoming them back into the fold. The club has a reputation for never leaving you when you have played for them. The phrase ‘once a Gunner, always a Gunner’ rings very true. Many of our finest coaches have hailed from an Arsenal playing career, such as Bob Wilson, Geordie Armstrong, George Graham, Ryan Garry and Steve Morrow are just some names who have come back to Arsenal after their bodies have called time on their playing days. 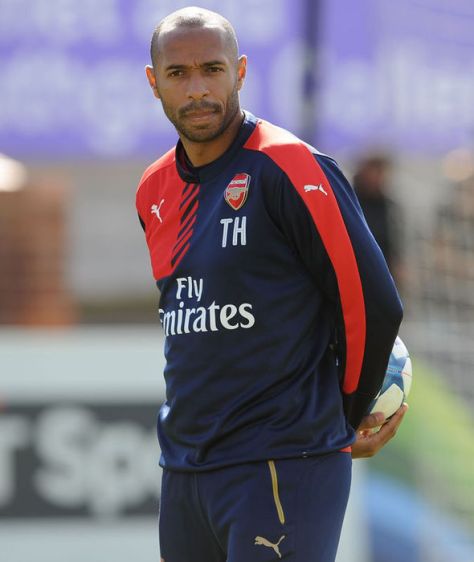 Robert Pires and Freddie Ljungberg are also back at the club who adored them, as representatives of the club across the globe, furthering Arsenal’s consumer reach. Arsene Wenger is clearly not one to resent the spotlight being shared.

Tony Adams – Mr Arsenal himself – has now come back home after many years in the wilderness. His journey took him to Portsmouth and Azerbaijan, but another man who has a statue outside The Emirates now finds himself with a coaching opportunity that could give him the boost he needs.

The blowout over Thierry Henry has cast a shadow over the club that shouldn’t be there. Wenger wanted total commitment from Henry, and the most lethal striker in our history was not ready to give up on his commitments to Sky Sports TV.

The telling moment will be when Henry decides to return to coaching. It would be safe to say that the door at Arsenal should always be open to a man of his ilk, especially after all the gifts he bestowed upon our club, and when he finally hangs up the punditry microphone and dusts off his tracksuit, it should be at Arsenal that he finds himself.

After so many years in the job, Arsene will be painfully aware what anything less than 100% commitment gets you, and it is the least he deserves.