Behind the veil of memory, those moments of glory oft recalled centre on the men who provided the most minutes for your own personal highlight reel.

Those stoic fellows who personified the teams heroic push seem to make up the majority of your memories and images when asked to remember certain peaks in your time as a follower of your club.

We are all more than familiar with the players who deservedly grabbed the headlines in these halcyon times – regardless of personal favourites. You may have built an effigy of Paul Davis and performed a daily ritual of worship to the midfielder – but it is Michael Thomas who hogs your minds eye when thinking of 1989.

Ditto the Invincibles season. Henry and Pires cut swathes through each team who were unlucky enough to face off against this undeniable side – and it is they who you will summon in your head when your focus switches to 2003/04 – not Martin Keown.

It isn’t as if these players don’t warrant the adulation. It is incontrovertible that without these goliaths on the pitch that the very golden moments we speak of would not have materialised. Those slices of triumph which separate us from the mediocre would simply have been another season of peaks and troughs – minus the silverware and joy.

It is also irrefutable however, that the cast list for such accomplishments, is a long one. Occasionally, a pointer toward a less illuminated luminary of the club we adore is required. A man who stood front and centre whenever the demand was placed upon him – a faithful servant to the club, however long the duration at the club was for.

And when the need arose and they took to the pitch – they delivered.

Being the cousin of footballing great George Weah adds a certain weight to a man’s shoulders, as every spectator will expect a little of the DNA to be shared and thus, Wreh would always carry these figurative saddlebags.

It also would open certain doors that are locked to all else though, and this double edged sword provided a jamb in the door from Liberia to Monaco.

Wreh didn’t exactly set the world alight in the principality, and was soon on loan to Guingamp, where a respectable haul of ten goals in thirty three games soon tempted his former boss to bring him to Arsenal.

Christopher Wreh’s stint at Arsenal is dwarfed by many players who can boast of a spell far more more productive than his – but there is no denying how important Wreh’s input was.

The 1997/98 season was the fabulous campaign in which the novel methods used by Wenger bore fruit. Marc Overmars, Patrick Vieira and especially the deity the world calls Dennis Bergkamp, were the players who dominated proceedings, but take a moment to hypothesise about whether Tony Adams would have held aloft both trophies if it weren’t for Christopher Wreh.

This Double-winning season saw Ian Wright in his last season and handing over the goal-scoring responsibility to the dynamic Nicolas Anelka. The back-up to these strikers was the Liberian.

He was called upon sixteen times in the Premier League, and he produced the sole goal of the game in 1-0 victories over Wimbledon and Bolton. His goal was the difference in both games, and if it weren’t for Wreh breaking the deadlock in these matches, the one point we finished above Manchester United that season, it may well have been an entirely different season.

Wreh was also selected in the FA Cup Semi-Final Vs Wolves, and yet again he was the go-to man as his composed finish ensured progression to the Final, where as we all know, we were victorious with a 2-0 win over Newcastle at Wembley, a game in which Wreh also started. 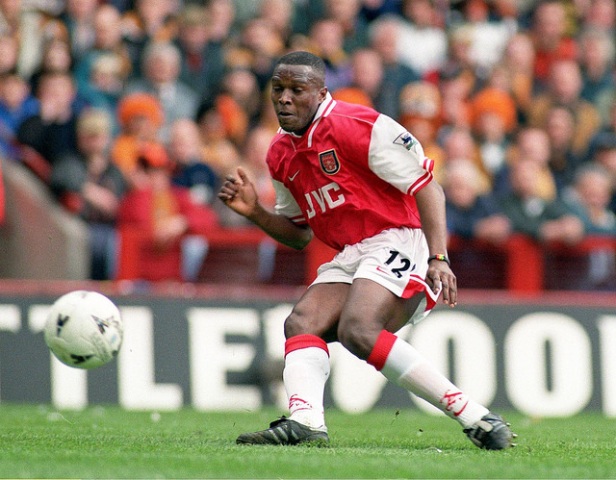 So, three goals which swayed the scribe of fate. Christopher Wreh may not have enjoyed a lengthy stay at Arsenal, but his goals – however few – may just have propelled Arsenal to the Double.

Maximum points from both games, instead of possible dropped points. His goal in a tense, hard-fought Semi-Final in the FA Cup also should not be forgotten.

Wreh’s career post-Highbury may have been underwhelming, verging on the ignominious, but he can always look upon his contribution in that season and bathe in the knowledge that he was partly responsible for one of Arsenal’s greatest achievements.

Christopher Wreh was the difference maker.